Action should build around gender perspective

Zilka Spahić Šiljak, professor of gender studies, talks to UN Women about the issues women in BiH still face, and possible solutions to them. 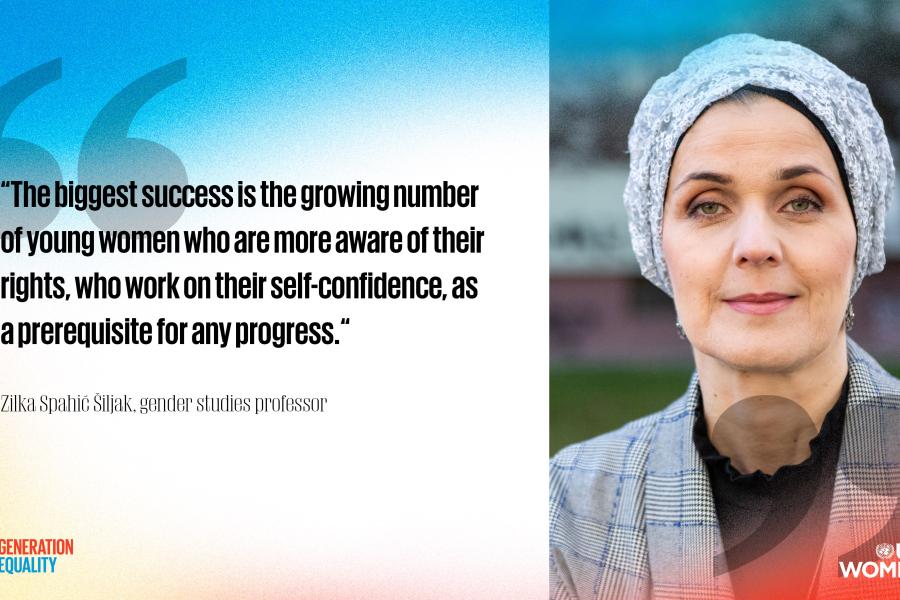 Zilka Spahić Šiljak is a professor of gender studies. She has worked for the last 20 years in the area of human rights, intercultural dialogue and peace building. She is the founder and director of the TPO Foundation, an organization advocating for gender equality, dialogue and peace building. She spoke to UN Women about the problems women in BiH are still facing, and solutions that would improve women’s rights in BiH. She underlined the importance of gender mainstreaming in all segments of society.

The current situation is not ideal and cannot be seen separately from the overall situation in the country and the region. There are several problems that women are still facing today, that I would like to point out.

The first one is poverty and economic dependency of women, both at home, and in the country, as well as globally, due to unfair distribution of wealth and power. Looking at this from a feminist perspective, it is highly questionable whether women and the majority of men have any choice in the first place. If the majority of women live close to the poverty line, they can hardly think about anything other than providing for minimum subsistence for them and their families. In addition to that, women in BiH are still largely patriarchally socialized, which means that they are molded into the predefined gender roles since birth, which positions them in the realm of private family life and child rearing. Family is important and feminism does not contest the concept of family. What feminism does contest is the patriarchy and violence against women, as well as the reduction of women only to motherhood and family.

Gender based violence is one of the burning issues globally, and BiH is no exception. We have entity laws on protection against domestic violence and the Law on Gender Equality, but they are insufficiently enforced. Due to the patriarchy and traditional customs and norms, women and children, who are in 97% of cases the victims of violence perpetrated by men, are stigmatized, whereas it is the perpetrators who should be the real targets of criticism and shaming. Institutionalized patriarchy is another problem. It prevents the few women who enter the public domain and politics from reaching the leading positions and positions of power. The legal provisions on quotas enable a certain number of women to enter the public domain and politics, where they then face institutionalized patriarchy that is so deeply rooted in the system of government and power, that women cannot make progress without immense effort. They do not have the support of men, and what is far worse, most often they do not have the support of other women, who remain silent, terrified of losing their own positions of power.

With all the institutional and cultural obstacles, women have no access to loans or equal financial support to entrepreneurship as men. When such support is found through different associations of businesswomen, ownership of assets is an additional problem. Only a small percentage of women own assets.

It is difficult to point to a single success for an entire country. If maternity leave benefits are successfully resolved in the Sarajevo Canton, this does not qualify as a success in other cantons. I would say that the biggest success is the growing number of young women who are more aware of their rights, who work on their self-confidence, as a prerequisite for any progress.

I would underline the publication of the book #WomenOfBiH and the film “Little Star Rising” staring Nudžejma Softić. These are uplifting, inspiring and encouraging stories for other women who fight for their and the rights of other women, as well as disadvantaged men.

I would also like to mention the programs of TPO Foundation targeting gender based violence through interventions in the education system. The Foundation has been working on this over the past three years. A specific example is the introduction of the topic of gender based violence through modules taught at departments for teachers at Sarajevo, Mostar and Zenica universities.

I would insist on gender mainstreaming in education, from kindergarten to university. That means that the gender perspective would be at the heart of law and policy adoption, implementation and monitoring. Whenever the gender perspective is excluded from policy development, the marginalized groups, including women, end up even more excluded and invisible in the far reaching policies that are only nominally inclusive. Those in privileged positions and those on the margins of society trying to win a spot in the centre of the business world cannot be treated with the same measures. Without gender sensitive policies and measures, and without the gender perspective in the centre of all actions of a state or international organizations and bodies, there will be no progress towards more equal representation of women and other marginalized groups in accessing funds and resources. 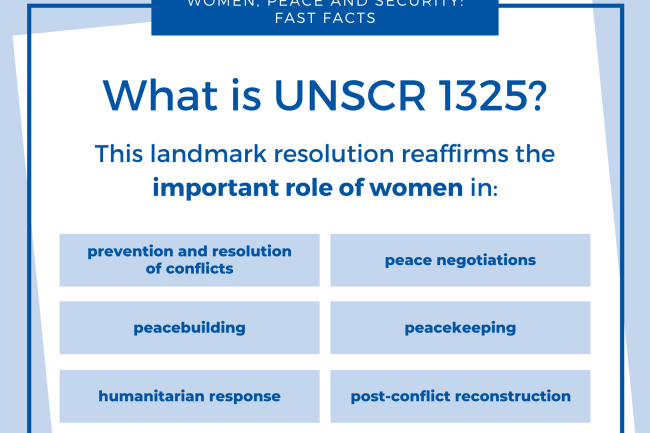