Carcinogenic waste and disappearing forests: tobacco is contaminating life on our planet

Tobacco threatens the health of every living being on earth. The full cycle of tobacco cultivation, growth, production, consumption and waste poisons the air, the water, and the entire ecosystem.

On World No-Tobacco Day 2022, WHO highlights the latest facts on the environmental harm caused by tobacco and exposes the tobacco industry’s effort to greenwash its reputation by wrongly marketing its products as environmentally friendly.

“We know that tobacco kills its users, but the harm goes far beyond the smoke of a cigarette. Every year, 4.5 trillion cigarette butts are discarded in the environment releasing over 7,000 chemicals – 70 of which are known carcinogens. The butts pollute pavements, parks, and eventually waterways where they poison marine life”, said Dr Hans Henri P. Kluge, WHO Regional Director for Europe.

The environmental impact of tobacco transcends it from an individual issue to a global problem. Tobacco not only harms the individuals who use it and those around them but is a threat to sustainable development. Therefore, tobacco control requires a holistic approach and a whole of government and society engagement.

“In Bosnia and Herzegovina, more than 30% percent of adults are active smokers. The good news is that by reducing the rates of tobacco consumption, the country can create a healthier environment for all, giving a positive effect on the economy as well” said Dr Erwin Cooreman, WHO Special Representative to Bosnia and Herzegovina.

Beyond the smoke of a cigarette: how tobacco industry harms the environment

The harm tobacco production and waste causes is a hidden environmental hazard:

• The entire life cycle of a single cigarette requires approximately 3.7 liters of water. The average smoker could save up to 74 liters of water per day if they quit smoking.

• Farmers who plant, cultivate, and harvest tobacco may absorb as much nicotine per day as found in 50 cigarettes and expose themselves to poisonous pesticides. As a result, they and members of their families may get tumors, genetic changes, blood disorders, neurological disorders, endocrine disruption and lack of potency.

To greenwash its reputation and portray itself as eco-friendly, the tobacco industry uses deceitful tactics. The industry’s self-reported data and marketing activities tend to mislead the public into minimizing the effects of tobacco growing on the environment and believing that tobacco production is not harmful.

“The truth is that from start to finish, the tobacco life cycle is an overwhelmingly polluting and damaging process, which puts already fragile ecosystems at risk and threatens the development of current and future generations around the world. It is a moral imperative to enable our children to grow up free from the dangers of tobacco exposure and provide them with clean, safe and secure environments”, said Dr Nino Berdzuli, Director of the Division of Country Health Programmes at WHO/Europe.

On this World No Tobacco Day WHO calls on general public, policy-makers, civil society, academia and other partners to:

• Give tobacco users an extra reason to quit. Quitting tobacco benefits your health and the environment.

• Support bans on single use plastics which include cigarette butts, plastic pouches used for nicotine products and smokeless tobacco and electronic waste

• Impose an environmental tax levy on tobacco products and distribution processes, across the supply chain for carbon emissions, air pollution and other environmental costs.

It’s time to say NO to tobacco for a healthier planet and healthier people.

World No Tobacco Day 2022: Tobacco’s threat to our environment

WHO factsheets on Tobacco Control in the WHO European Region

Carcinogenic waste and disappearing forests: tobacco is contaminating life on our planet 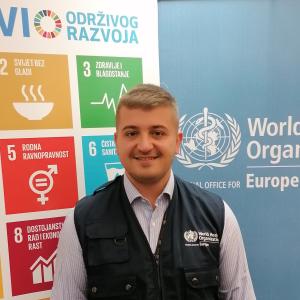