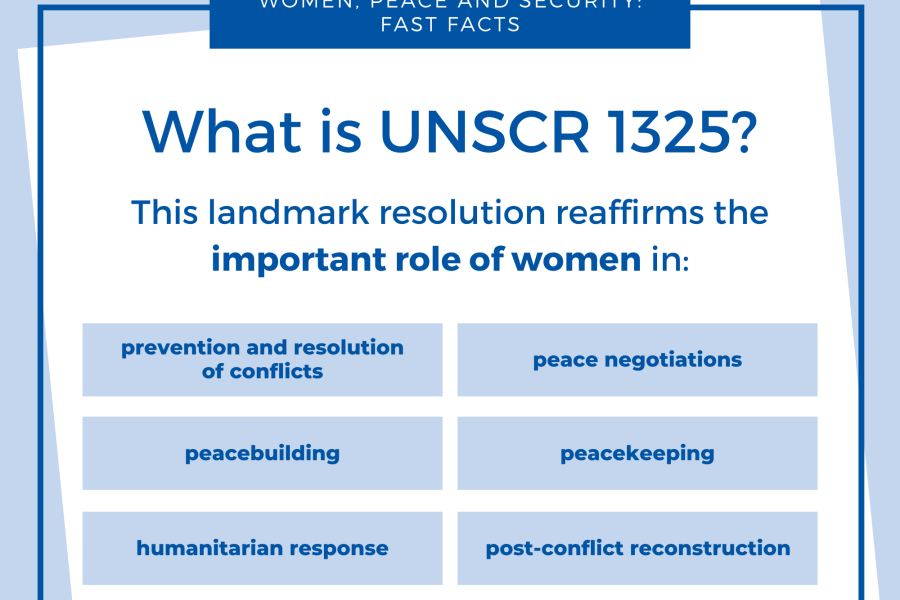 Twenty years ago, following the aftermath of the conflicts in Bosnia and Herzegovina and Rwanda, the United Nations Security Council passed Resolution 1325 with a central focus on the critical role of women in peace and security matters. Never before had world leaders formally recognized the role of women in conflict and post-conflict contexts, including their contributions to brokering peace, peacekeeping, and peacebuilding.

In tandem, Bosnia and Herzegovina will soon mark 25 years of peace. Whilst it has not been a perfect peace, it has presented the country’s leaders and citizens with an opportunity to rebuild a stable environment that would provide opportunities for all women and men.

Let us use these two anniversaries to re-energize a call for more concerted action for gender equality as there is still much that needs to be done. Today we unfortunately see two realities in BiH: A public one, dominated by voices and agendas of men; and a private one, where the country’s communities and families are primarily kept together by the energy and efforts of women.

As BiH approaches its 7th local elections since the signing of the Dayton Peace Accords, the political arena continues to be a space where very few women operate. Many of those that ventured into political life have been met with threats, degrading rhetoric and even open attacks and violence. Some have persevered and became strong voices for issues that could change the life of citizens – fighting to rebuild local communities; helping to strengthen family protection and social safety nets; and advocating for long-overdue and badly needed socio-economic, educational and health system reforms.

In the 2016 local elections only 18.2% of women candidates were elected into the local councils and only 6 women (out of 140) were elected mayors. This year only 29 women are running for the 425 mayoral posts across the country. The space for political voice of women in BiH is extremely limited and it is high time to expand it.

COVID-19 became a litmus test for progress on gender equality. The far-reaching social and economic impacts of the pandemic, including the significant increase in violence against women, threaten to reverse the limited, hard-won advances made over the last 25 years. Simultaneously, the critical leadership of women during this moment in history is becoming more evident by the day. They have been at the center of community efforts to remain resilient and to recover better – providing first response to survivors of violence, comprising the majority of medical first responders and providing essential care for children and the elderly.

The 20th anniversary of SCR 1325 reminds us why it is critical to help expand the influence of women’s critical role in society by reflecting it in the political sphere as well. We can do this by helping connect pioneering women political leaders with young female agents of change and grassroots champions who are excluded from, or work outside of, the country’s political arena. With women making up 51% of BiH’s population, they have a fundamental right to participate in decisions affecting their future; their voices must be reflected in emerging policies and political decisions. Women should not simply be invited; they should be included; not just engaged but ensured a co-lead in the country’s political processes.

Let us all, therefore, advocate for a Women’s Coalition for Prosperity of Bosnia and Herzegovina.

Such a coalition is necessary as when women’s participation, rights and interests are part of policy making, everything changes. New perspectives are brought to the table; new constituencies are engaged; and solutions are more holistic, equitable and sustainable. A Women’s Coalition can help ensure that the perspectives of a broad range of women and girls are systematically included in policy debates, policy formulation and that society at large becomes more sensitized to this issue. It can help better inform the positions of government on critical, yet differentiated, priorities and needs in society.  The Coalition can help create a more genuine opportunity for women to bring their expertise forward and participate – fully and equally – in all political spaces: As voters; as community members; as civil society leaders; as candidates; as parliamentarians; and as members of the BiH Presidency!

In the face of power politics in BiH, unequal social structures and restricted civic space demand political will and resources to amplify women’s voices and the support of others to advocate and fight for their participation.  Attitudes and resources need to be shifted; and the wider public’s understanding of the importance of women’s central participatory role expanded. Put simply, more allies are needed.

BiH was the first state in Southeastern Europe to develop a country wide Action Plan which translated the principles of Resolution 1325 into goals for the country.  Now its 3rd iteration (2018 – 2022) calls for higher participation of women in decision-making.  There can be no clearer signal for all stakeholders to redouble their efforts to move the needle forward.

In BiH and the region, there is a saying that “three pillars of the house stand on a woman’s shoulders” (“Na ženi stoje tri stuba kuće.”) Women have been holding the BiH house together and harnessing its potential against all odds. Women have rebuilt communities across the country in the darkest of times and have borne new life. Women have worked tirelessly to heal the wounds of war and cherished the hope of having communities work together for brighter futures. We therefore call on men and women to come together for the Women’s Coalition for Prosperity of Bosnia and Herzegovina. BiH still requires bold initiatives in order to achieve truly sustainable security and development and human rights for men and for women, in equal measure. 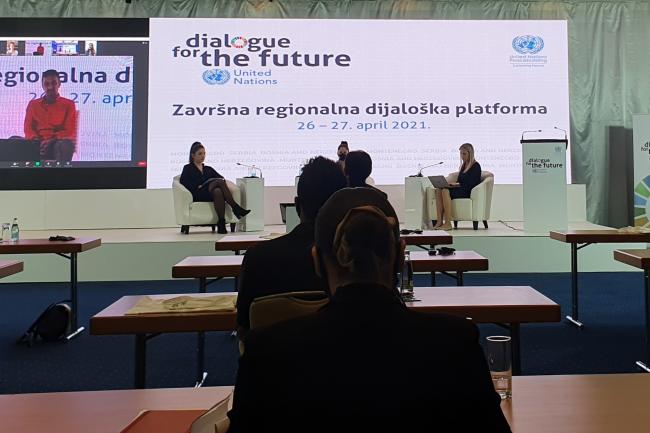 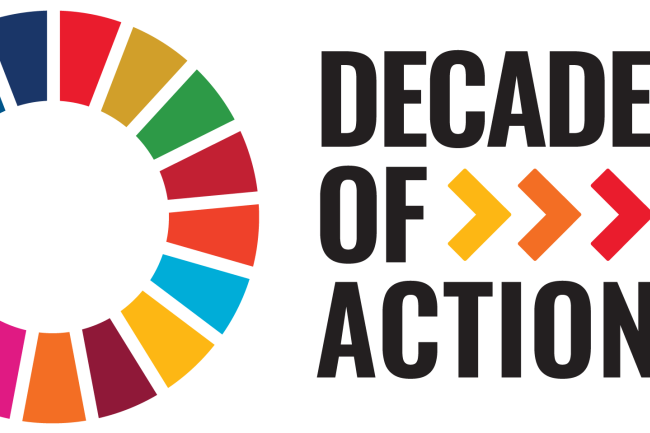 A Path Towards SDGs Financing Ecosystem in Bosnia and Herzegovina

Making the 17 SDGs a reality is more important than ever. UN is teaming up with BiH Ministry of Finance and Treasury on financing for Sustainable Development. 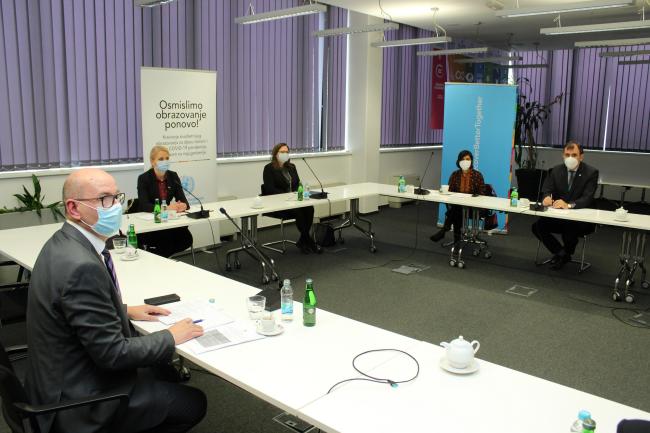